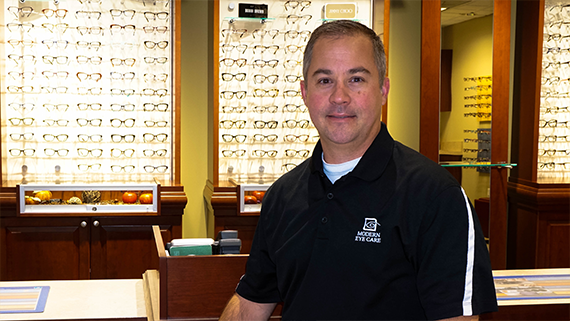 Dustin Reece is originally from Landis, NC and attended South Rowan High School. He graduated from the University of North Carolina at Chapel Hill in 1997 with a Bachelor of Science degree in Biology and a minor in Chemistry. He attended the University of Alabama at Birmingham School of Optometry and graduated in 2003 with a Doctor of Optometry degree. His student externship experiences included training at the Birmingham VA Medical Center in Birmingham, Alabama, and at the Duke University Eye Center in Durham, North Carolina. He completed an Optometric Residency in Primary Care and Ocular Disease at the Salisbury “W.G. (Bill) Hefner” VA Medical Center in 2004. He also received further training in Geriatrics, Low Vision, and Cataract Surgery co-management during his residency.

In addition to his clinical expertise, Dustin has contributed to Optometry through research, and has lectured and published scientific papers on retinal and Endocrine disorders. He is the former Vice President of the Piedmont Optometric Society in Charlotte, and has earned his fellowship in the American Academy of Optometry. He is also a member of the North Carolina State Optometric Society, the American Optometric Association, the Beta Sigma Kappa Optometric Honor Society, the Cabarrus Chamber of Commerce, and the Salisbury Lion’s Club. Furthermore, he is an active international volunteer for the Fellowship of Christian Optometrists, traveling to Central and South America to volunteer his clinical expertise for the needy and indigent.

He was recently appointed as an Adjunct Professor in the University of North Carolina at Charlotte School of Nursing, where he lectures and teaches clinical skills to future Nurse Practitioners. He was also nominated and currently works as Clinical Examiner for the National Board of Examiners in Optometry.

Dustin, along with his wife and two children, reside locally in Concord NC and is a member of Hickory Grove Baptist Church North Campus. During his free time, he enjoys spending time with his family and participating in sports including golf, softball, and racquetball. 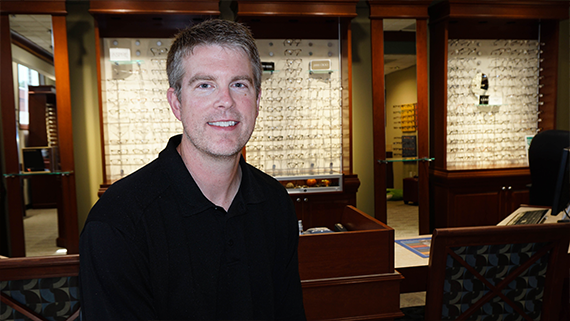 James Harris is originally from North Carolina. He graduated from Wake Forest University in 1999 with a Bachelor of Science degree in Health and Exercise Science and a minor in Biology. He attended the Southern College of Optometry in Memphis, TN and graduated in 2003 with a Doctor of Optometry degree. His student externship experience included training at the Salisbury “W.G. (Bill) Hefner” VA Medical Center, Family Eye Center in Mt Pleasant, SC and clinical rotations at the Southern College of Optometry in Memphis, TN. He completed a residency in Primary Care and Ocular Disease at the Dorn VA Medical Center in Columbia, SC. He also received further training in complex contact lens fittings, geriatrics, low vision, and cataract surgery co-management during his residency.

When away from work, James enjoys playing golf, tennis, basketball, and exercising. He is an active member of the Cabarrus County Chamber of Commerce, and a graduate of the Leadership Cabarrus program in 2010. 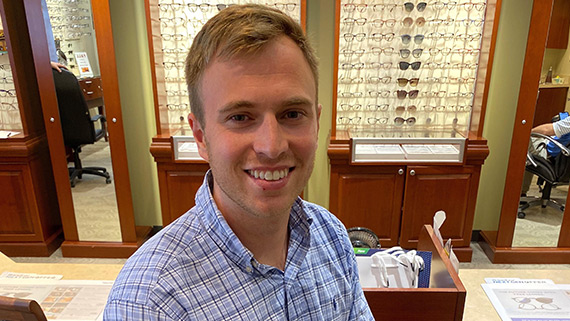 Nathaniel Hitt grew up in Lincolnton, North Carolina. He graduated from the University of South Carolina in 2015 with a Bachelor of Arts in Economics. He then moved to Memphis, Tennessee, to attend Southern College of Optometry where he earned a Doctorate of Optometry in May of 2019. Nathaniel’s externship training experiences include Family Vision in Whitehaven, Tennessee, and Church Health Center in Memphis, Tennessee, where he gained valuable exposure to geriatric care and ocular disease. Nathaniel also has experience with corneal disease, specialty contact lenses and pediatric care.

Nathaniel lives in Charlotte with his wife and dog. In his free time, he enjoys fishing, golfing and being active.